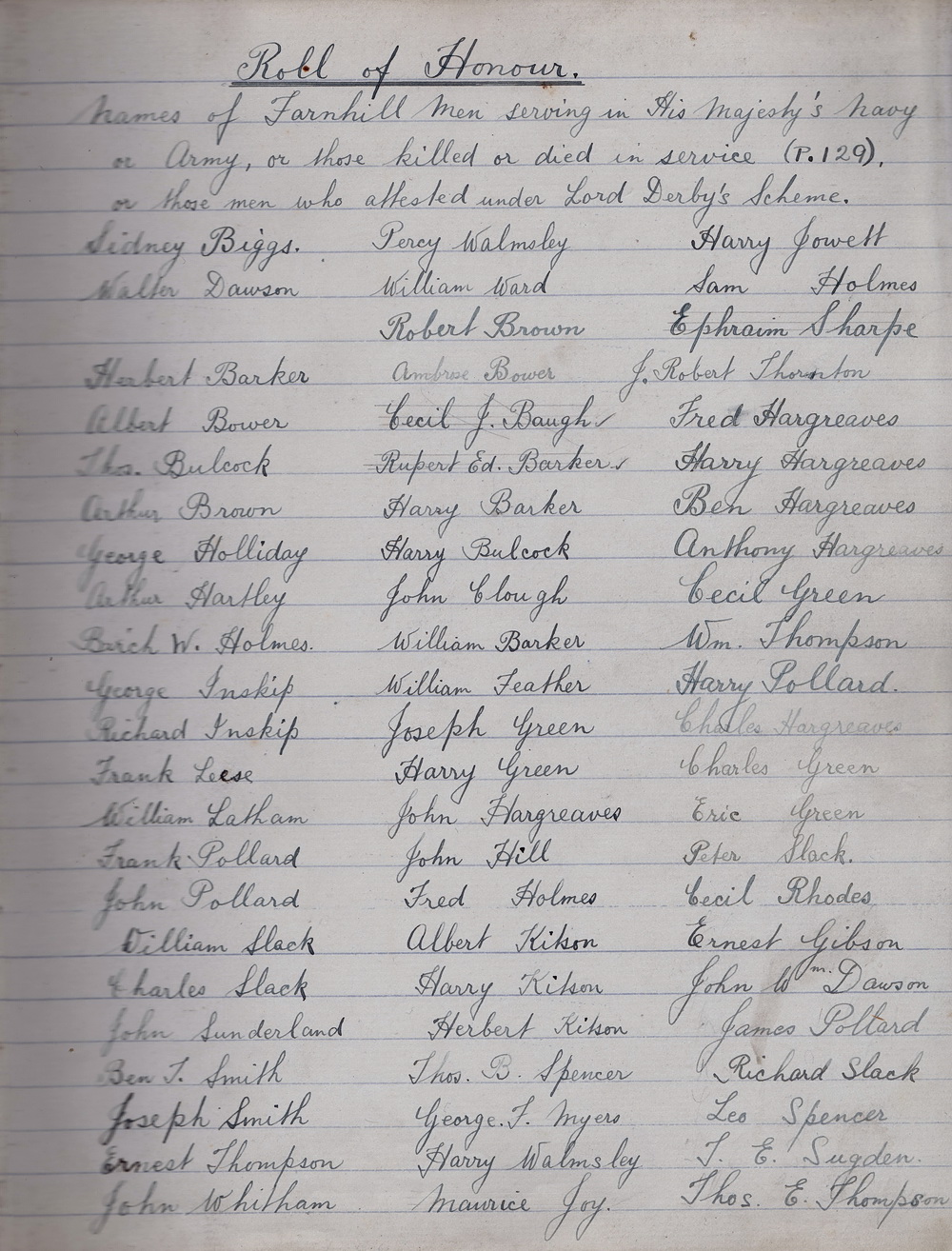 On January 27th, 1916, members of Farnhill Parish Council met for their regular monthly meeting, in the Kildwick and Farnhill Institute building.  There wasn’t much on the agenda: they arranged for the payment of a few bills, they agreed that Walter Brigg should continue to serve as the Council’s representative on a particular committee, and they appointed Arthur Ellis to a vacancy on the council.

Earlier that day, in London, Parliament had just finished debating the Military Service Act – which would introduce mandatory conscription for men between the ages of 18 and 40.  This would be the first time that conscription had been used in Britain – and would bring to a close that period of the Great War when men of conscience could volunteer to serve their country.

In the last item on their agenda that night, Farnhill Parish Council decided that – with the introduction of conscription being imminent – they should honour the men of the village who had already volunteered to serve by creating a Roll of Honour.  Nothing elaborate, just a list of their names – so that in the future a distinction could be made between the men who had volunteered and those who had been made to go to war.

So it was that, over the next few days, Tom Turner, the clerk to the Council, compiled a list and then wrote out the names of the 68 Farnhill WW1 Volunteers, in his neat handwriting, at the front of the Council’s minute book.  It is the only comprehensive list we have of the Farnhill WW1 volunteers.