Articles about the people of Farnhill and the surrounding area before, during and after WW1.  Both WW1 Volunteers and others. 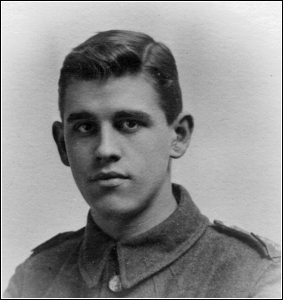 A Family at War – the Whitaker family in WW1

The Farnhill WW1 Volunteers project restricted itself to those men – service men and volunteers – who were named on the list compiled for Farnhill Parish Council early in 1916. However, it was always likely that we would find that some names had been missed off this list and the project had not been going long before people started to mention the name Thomas Fielding Whitaker.

Now that the project has completed the bulk of its work, it has been possible to research TF Whitaker and, in doing so, we have found that there were three men from the family, all of whom were involved in the war, one way or another. 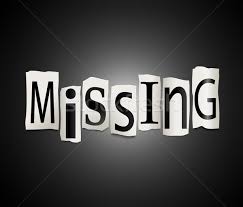 Missing volunteers & other men who served

The Farnhill WW1 Volunteers Project has very deliberately restricted its research efforts to the 68 men whose names appear on the Farnhill Parish Council Roll of Honour.

However during the course of the project we have come across names of other local men who served during WW1 whose stories deserve to be told.

The names fall into two categories: 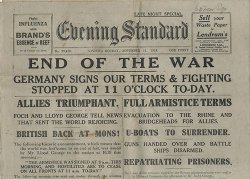 Some accounts of the Armistice

At 11am on 11th November 1918, fighting stopped all over the world and people began to wonder whether they might begin to hope that the war was finally over.

In an article we publish today, exactly 100 years after Armistice Day, we examine the thoughts of some of the people of Farnhill and Kildwick, including: 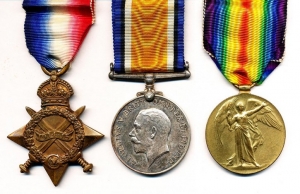 Volunteers and their medals

After the war, the Farnhill WW1 Volunteers were awarded a range of campaign medals and awards.

This article looks at these medals, why they were awarded, and – insofar as we’ve been able to find out – which Volunteers received which medals. 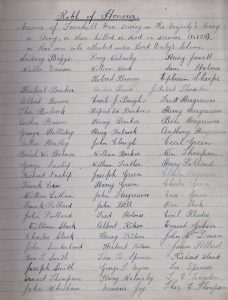 Arthur Turner – missed off the Roll by his own son

Compiling the Farnhill Parish Council Roll of Honour must have been a difficult job for the Clerk to the Council to carry out.  Particularly if you were just a young man in his teens, who had only taken on the Clerk’s job a few months previously.

So it was almost inevitable then that Tom Turner, the lad in question, missed the names of some of the men already serving in the forces off the list.

That’s understandable.  What’s a little more difficult to fathom is how Tom managed to forget to include the name of his own father ! 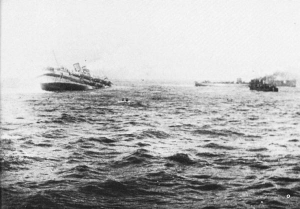 Percy Walmsley and the Anglia disaster

It is rare, even in wartime, for someone to be present on two ships sunk on the same day – and even rarer for that to happen to someone who is not in the Navy. But that was the fate of Percy Walmsley, a Private with 1/6 battalion Duke of Wellington’s (West Riding) Regiment, on the 17th November 1915, when he was being brought home to England from France.

He survived and, while recovering in hospital, wrote about the experience in letters home. 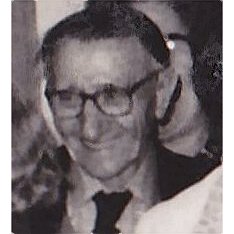 George Holliday the Farnhill milkman – and his assistant

Either side of WW1, George Holliday – one of the Farnhill WW1 Volunteers – was a milkman in Farnhill and regularly had to get milk up Starkey Lane, Mary Street, and the other steep, narrow streets that led up from Main Street. He came up with an elegant solution to the problem – he employed an assistant to do the heavy hauling for him … 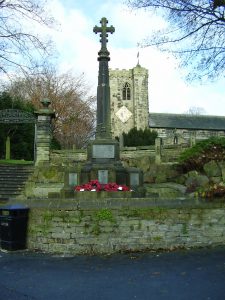 Volunteers who died during WW1

Our project is researching the lives of all the 68 men from the village of Farnhill who volunteered to serve prior to the introduction of mandatory conscription early in 1916.  Of these men, just seven died while on active service during the war.

In this article, published 99 years after the signing of the Armistice, we use Regimental war diaries and contemporary newspaper reports to examine these men’s military careers and look at how and when they died. 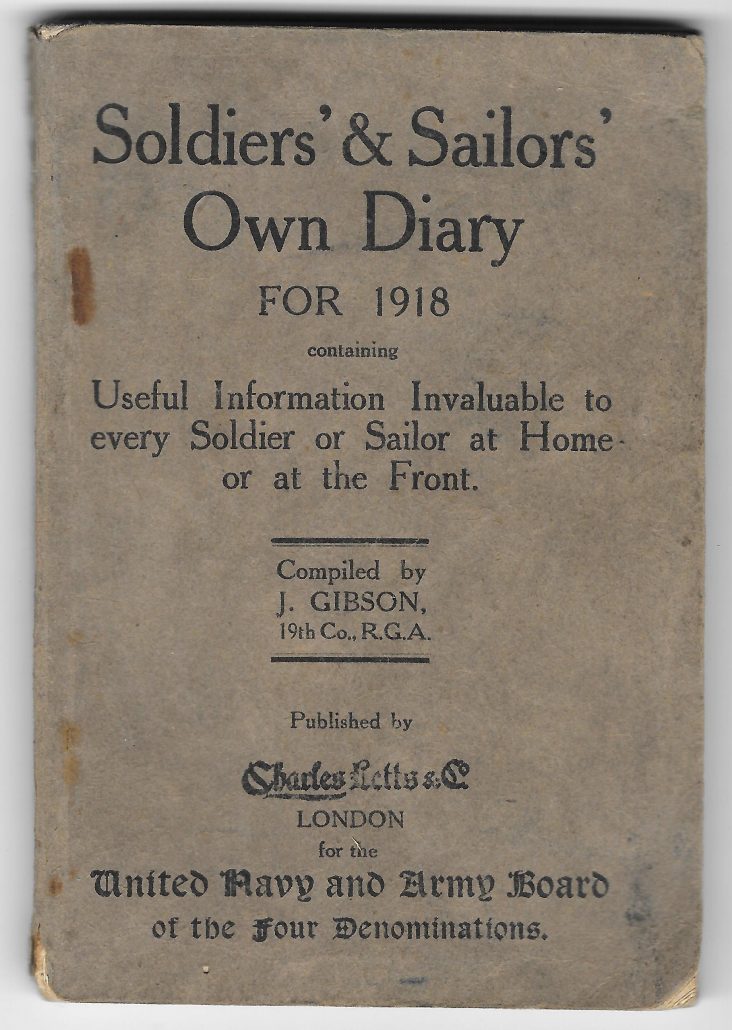 Amongst the material made available to the Farnhill WW1 Volunteers project is a 1918 Soldiers’ Diary belonging to Private Harry Hargreaves, of 1/5 battalion West Riding Regiment.

The diary measures about 7 x 11cm – small enough to fit into the pocket of a military uniform; the cover is made of card and the inside pages of very thin paper.  The entries were written in pencil, in Harry’s own small (and sometimes, after 100 years, difficult to read) handwriting.  All are very concise and include an almost day-by-day account of the weather – even in the days immediately after he had been wounded.  It is entirely fitting that the final entry in the diary should be a comment on the weather.

The entries run from January 1st to October 23rd 1918 and record the final months of Harry Hargreaves’ service in France, which began in June 1916. 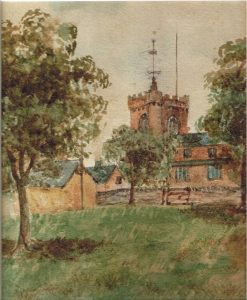 This rather nice watercolour, showing the west end and bell-tower of Kildwick Church, was painted by Millie Clough in 1892, when she was just 15.

Matilda (Millie) Clough was born in Crosshills in 1877. In 1898 she married William Green of Farnhill and they set up home at 33 Main Street, Farnhill, where William ran a butcher’s shop.

Between 1898 and 1912 they had six children, 4 boys and 2 girls, including Eric Green who was one of the Farnhill WW1 Volunteers. 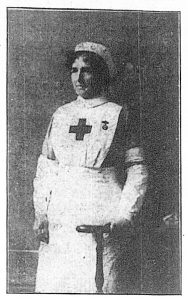 Mary Sharpe – what a woman can do

Mary Sharpe lived at Kildwick Hall.  Between 1912 and 1916 her brother, W.A. Brigg, was mayor of Keighley and she was the mayoress.  At a recruitment meeting in 1914 she had striong words for men who wouldn’t volunteer to fight.  Later, she followed this up by taking on some serious war work of her own. 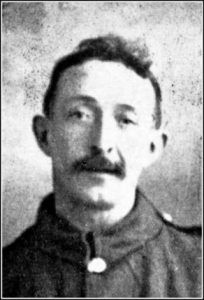 Saturday June 3rd 2017 is the centenary of the death, in action, of William Mosley from Farnhill. He wasn’t a WW1 Volunteer but he was one of the Kildwick bell-ringers. The current bell-ringers will be ringing a Quarter Peal of Plain Bob Triples in his memory, beginning shortly after 2pm and continuing for around 45 minutes or so.

Click here for a short biography of William Mosley.